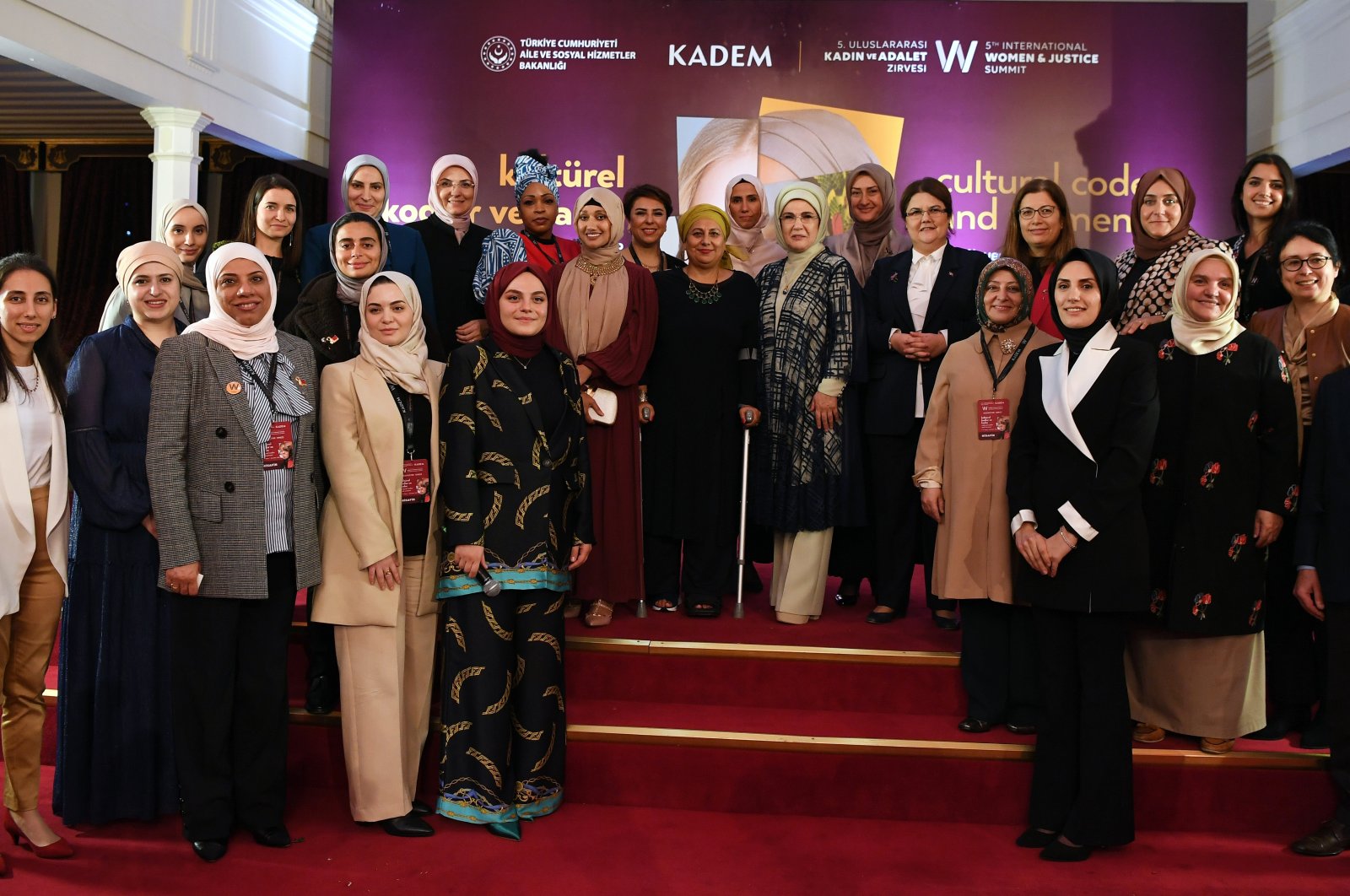 A final statement issued at the end of the fifth edition of the Women and Justice Summit said that the imposed image of the “ideal woman”, notably by the media, remains an obstacle for women to choose their own path in life. .

The bi-annual two-day Summit on Women and Justice, jointly organized by the Women and Democracy Association (KADEM) and the Ministry of Family and Social Services, opened on Friday in Istanbul, under the theme “Codes cultures and women. Participants from all over the world, from academics to activists, attended the summit opened by President Recep Tayyip Erdoğan. The summit looked at the “norms” in which women are forced to confine themselves.

The declaration at the end of the summit underlines the need for a strong family for a strong society. He says communities should oppose a single cultural code imposed on femininity after the emergence of modernity. “The same modernity and the same conception of femininity are both a form of exploitation. Women, especially those who live in countries with a colonial past and a dominant culture imposed on the population, are under the pressure of cultural codes. Developing a civil society with a clear understanding of the roles imposed on women is essential,” he said.

The statement stressed that women were compelled to be “more industrious, more beautiful and perfect in order to find their place in society, to prove themselves worthy”.

“Women are the first to be disenfranchised in times of uncertainty. Thus, a clear place for women in society, their equality and their education are crucial. A legal infrastructure offers primary protection to women, regardless of the dominant ideology of the country in which they live. A constitution firmly rooted in justice guarantees women’s rights. It is also vital to enable women to access education and empower them to raise awareness of their rights,” the statement reads. Regarding the family, the declaration states that no member of a family should be excluded from family policies.

The summit statement also lamented that women are discriminated against because of their religion in many countries and forced to prove themselves better than others in order to avoid discrimination. “They are forced to work harder. In some cases, they have to choose between their faith and their work. (For example) they are forced to give up their headscarves if they want to work,” he said.

The statement called for more flexible work options for women while adding: “Women should not refrain from working in jobs considered predominantly male.

“In recruitment, women are employed on the basis of their adaptation to the roles imposed by society rather than on the merit of their training and skills. Recruitment criteria should be revised to avoid this.

Keep up to date with what is happening in Turkey, in its region and in the world.