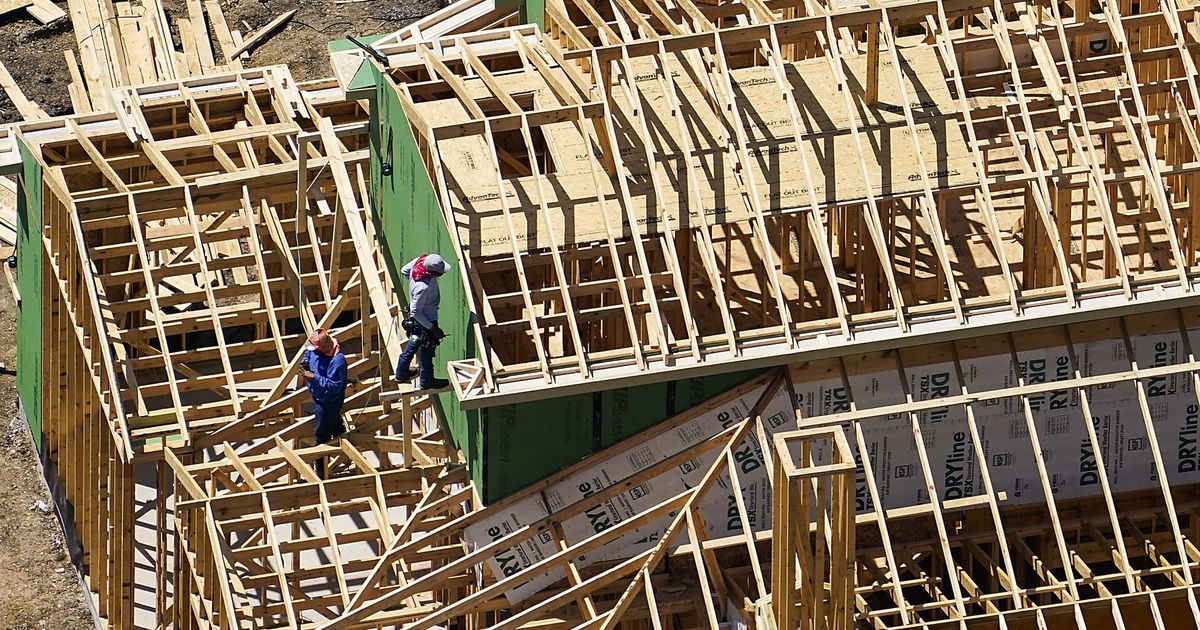 “Housing market conditions have eroded faster than expected” over the past six weeks, according to the Beige Book from the Dallas-based Federal Reserve’s 11th District, which includes Texas and parts of New Mexico and of Louisiana.

The report, which collects anecdotal information from key business contacts and other sources, says home sales have fallen significantly since the start of the year and online and foot traffic have slowed markedly. Cancellations have also increased, in part due to loan eligibility issues.

“Buyers were hesitant to move forward and were looking for better deals,” said the report, released Wednesday.

The housing turn stands out because it has been an economic darling during the pandemic. Sales and prices have surged over the past two years as many homes have sparked bidding wars and sold for tens of thousands of dollars above asking price.

The frenzy seems to have ended now that mortgage rates are above 5%, up from just over 3% at the start of the year. This adds hundreds of dollars to buyers’ monthly payments.

While economic activity in the United States has increased slightly since mid-May, several Fed districts have reported growing signs of slowing demand and some have cited a higher risk of recession, according to the national summary of the Beige Book.

“Substantial price increases were reported in all districts, at all stages of consumption,” the summary states.

In the District of Texas, economic growth “has slowed to a modest pace” as soaring prices, rising interest rates and heightened uncertainty have weighed on demand, according to the local report. Texas companies expect to raise selling prices by 7% this year, mainly due to even larger increases in wages and input prices.

“We’ve seen a big shift in sentiment,” said Laila Assanie, senior business economist at the Dallas Fed. “More and more companies are worried about the second half. We have heard feedback from a small portion of our contacts who have actually seen a drop in demand for their goods or services. It’s just starting to emerge now.

The job market is still running strong and consumers are spending heavily, even as inflation weighs on their outlook. Many cities in Texas saw double-digit sales tax revenue gains, reflecting a strong economy and growing population.

There is an apparent disconnect between consumer sentiment, which fell to a record low in June, and strong consumer spending.

“All the sentiment indicators have turned negative and people are not feeling good about the economy,” Assanie said. “Yet they spend, so it can be difficult to reconcile everything.”

The Dallas Fed tracks credit card and debit card spending, and through mid-June the total was 15% above pre-pandemic levels. “So don’t stop there,” she said.

How to explain heavy spending in a growing pessimism? “They still keep their jobs,” she said, and wages have gone up.

Many companies said they offered higher wages and bonuses to retain or hire employees, according to the local Beige Book. Wages have risen 10% in the oil sector so far this year, according to the report, adding that inexperienced rig workers were paid around $85,000 – to work half the year.

A transportation equipment manufacturer increased its starting salary by 40% and was still struggling to hire. A restaurant has increased wages and benefits and still had to operate at 85% capacity due to understaffing, according to the report.

In many parts of the United States, businesses have been able to pass on higher prices to consumers. It’s been more difficult in Texas, especially for small businesses and those in the service sector, according to the report.

Home prices have remained stable, but the outlook is negative and expectations for home sales and housing starts are revised down.

The Dallas Fed started to see some slowdown in housing in May, and there has been more erosion since then. “Over the past few weeks, the market has changed quite quickly,” Assanie said.

Builders expected home sales to decline as mortgage rates rose, but were surprised by the speed of the turn, she said. And few buyers are willing to pay a premium these days.

“Builders and even sellers don’t have as much pricing power,” Assanie said.

What recession? Consumers still spend a lot in Texas
June economic dichotomy: US adds 372,000 jobs as employers announce 32,000 layoffs
Employers are cutting jobs and withdrawing offers. Why do Texans always give up?

iOS 16: How to Automatically Switch to a Lock Screen at a Set Time