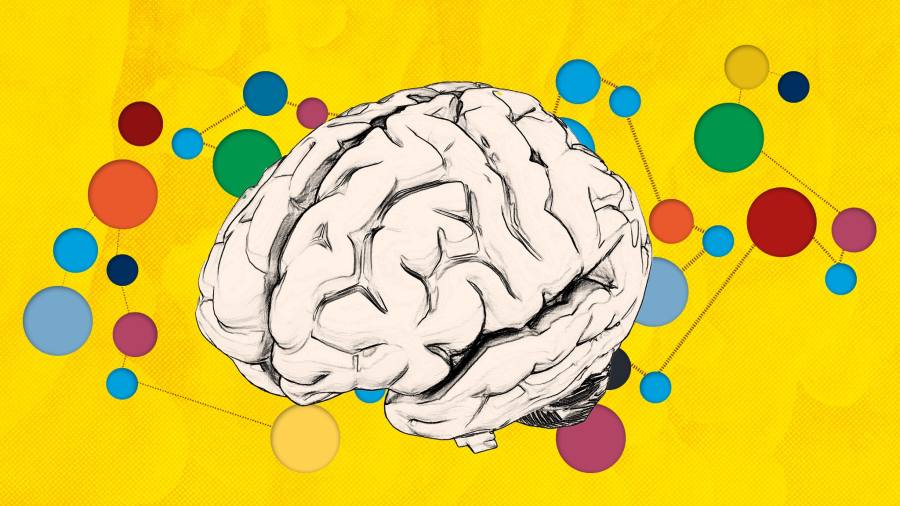 How to Design a Desk for Every Brain Type

Big news in the world of work: the world’s largest trial of the four-day work week has begun. It involves 70 UK companies with a total of over 3,300 workers who will receive the same pay as before, plus an extra day off every week.

The six-month pilot project is being conducted under the leadership of 4 Day Week Global, a nonprofit campaign group, alongside academics and think tank researchers. Smaller programs are underway in other countries, including Ireland, the United States and New Zealand (where 4 Day Week Global started). FT readers are watching with interest: Pilita Clark’s article on the trend is among the most read columns we’ve ever published.

We know that four-day weeks are good for workers (78% of employees with four-day weeks are happier and less stressed), but employers are looking for the answer to their most vital question: can a modern business adopt four-day work weeks? without loss of productivity? One FT reader’s comment summed up my concerns exactly: “The assumption that more hours begets more productivity. . . may be true on an assembly line, but it certainly isn’t true in knowledge work.

Back in February, I spoke to 4 Day Week Global founder Andrew Barnes for the Working It podcast. Whether the subject fascinates or horrifies you, it is worth listening to. And if labor markets remain tight and worker well-being remains low, we will hear a lot more about this trend. The FT plans in-depth reporting as the UK pilot program evolves.

Read on for Sophia’s insights into how offices could be designed to accommodate the needs of neurodiverse staff, and some thoughts on why the WFH changed the way we think about sick days. (Isabelle Berwick)

If you had a shorter work week, how would you split it? Would you rather work a 9-5 with a three-day weekend, or have shorter workdays (say six hours a day instead of the usual eight) five days a week? let us know in this week’s poll.

Designing the office for neurodiversity

Most office workers can relate to the inconvenience of open offices – fluorescent lighting causing headaches, noisy co-workers, lack of privacy – but for neurodivergent people, these can become significant obstacles.

Different estimates place around 15-20% of the population under the umbrella of neurodiversity, which includes a variety of conditions such as autism, ADHD, dyslexia, and other social and learning disorders.

Over the past decade, there has been an increased interest in human-centered design. Ron Bakker, co-founder of PLP Architecture, sees designing for neurodiversity as a natural evolution of this process.

Ron recently partnered with Centric Lab to conduct a study on how to design offices that meet a wide range of needs. In addition to identifying common office problems like noise pollution, the study points to less obvious stressors such as surfaces that have uncomfortable textures, temperatures for people with sensory hypersensitivity, or “visual noise like the awkward patterns on the walls. A neurotypical person may not notice these environmental details, but they can be “very stressful” for someone with autism or ADHD, for example.

Businesses don’t need to build entirely new office equipment to create a more enjoyable back-to-office experience. Small changes can be easily implemented to make the space more accessible. Ron suggests evaluating your office lighting. Consider reducing overhead lighting to a dedicated area and providing desk lamps so people can customize their setups. Minimize clutter – both actual clutter and visual clutter – especially in aisles and in the line of sight of people’s desks. Experiment with desk markers, badges, or other indicators that let people tell nonverbally whether they’re open to socializing or prefer to be left alone to work. Allow people to have lunch in small meeting rooms.

“For 100 years, we built a space that prioritized the production that took place there. But the production in the offices is no longer the number one function,” says Ron. more people.”

The WELL building certification, which has been adopted by 20% of Fortune 500 companies since its launch in 2014, is a positive indication that more and more companies are prioritizing the well-being of their staff in the design of their offices.

The next step is to center office design around the “circular process of creativity,” with different areas of collaboration, focus, and even areas where you get stuck or confused.

Ron, who moved away from his desk to a quieter area of ​​his office to take my call, said he hopes employers will be “more careful about the kinds of spaces they offer “, so that everyone – neurodivergent or not – can be happier and more productive. (Sophie Smith)

Listen: Has the WFH stopped us from taking sick leave?

This week on the Working It podcast, we talked about sick days. The rise of working from home and flexible work options seems to have made it (strangely) harder to take time off when we’re not well.

I’m joined by Brooke Masters, US Investment and Industry Editor, and FT Editor Emma Jacobs, who wrote a very popular FT article on the phenomenon of “lost” sick days. Together we discuss what managers – and colleagues – should do to encourage people not to work while lying in bed, eaten up by Covid.

Recording this episode also reminded me that a lot of people really, really hate commuting, even when we’re not feeling sick. Let us know at [email protected] if your attitude towards travel has changed (or not) over the past few months as more and more workers return to the office. We’ll talk about that in a future episode.

Next week, I’m talking about workplace dress codes (do they still exist?) with Robert Armstrong. He is the FT’s American financial commentator, author of the Unhedged newsletter. . . and a very elegant man who likes ties. (Isabelle Berwick)

Elsewhere in the world of work:

On last week’s episode of the Working It podcast, Isabel and our FT colleague Naomi Rovnick examined class barriers in the workplace and how socioeconomic status is an often overlooked marker of identity in workplaces. diversity, equity and inclusion initiatives.

Louise AshleyLecturer in Organizational Studies at Royal Holloway, University of London, has done extensive research on the topic of social class and had many thoughts to share:

Corporate efforts to ensure equitable progression on the basis of social class are absolutely full of paradoxes.

Businesses are directly involved in generating income inequality, which increases the likelihood that people from less advantaged backgrounds will feel stigmatized and ‘altered’ in these environments.

Reducing these wider inequalities is truly important, but is rarely recognized at the organizational or governmental level, where the focus (conveniently one might say!) is on “softer” cultural factors rather than potentially systemic change. more painful but necessary. This makes related interventions quite ineffective, but since they provide a impression of inclusion, this (paradoxically) legitimizes the current unequal status quo, ultimately protecting the interests of today’s financial and professional elites.

Young people seeking to settle and thrive in London (possibly accompanied within the framework of specific social mobility programs) often become pawns in this game, especially since the “price” of entry is generally l ‘assimilation. Often these young people are sold as a meritocratic lie, and figuring this out can be quite a painful process.

This answer has been edited for length and clarity.

Virgin Atlantic announced an update to its dress code for employees last week: cabin crew are now allowed to have visible tattoos. What is your workplace policy on tattoos? What do you think of visible tattoos in your industry? Do you show your own tattoos at work or keep them covered? Share your thoughts with us at [email protected]

troubled times — Document the changes in business and the economy between Covid and conflict. register here