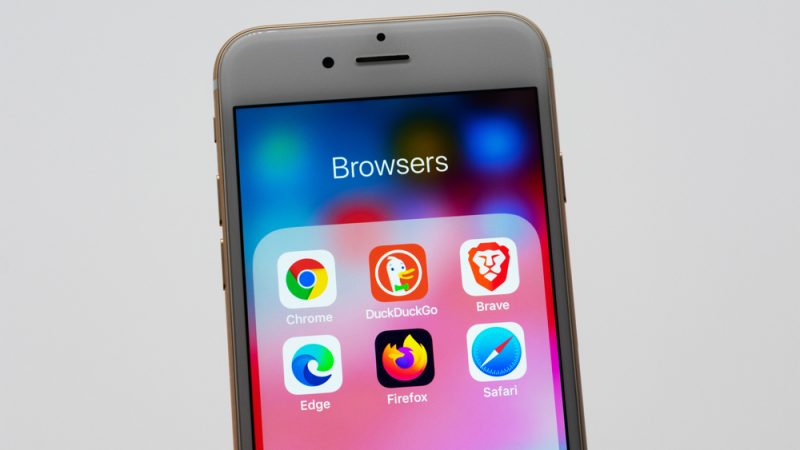 The chief executives of DuckDuckGo, Ecosia and Qwant published an open letter on Tuesday (July 5) containing a set of ten principles on how to enable consumers to effectively change their default settings.

The recommendation comes on the same day the European Parliament is expected to pass the Digital Markets Act, a landmark regulation that will introduce rules for the most dominant online platforms, the so-called gatekeepers.

Among the obligations of the DMA, the gatekeepers will have to allow users to modify their default settings for virtual assistants, web browsers and search engines, in particular by presenting a screen of choice with the main services available during the first use.

The ten principles proposed by Google’s competitors are intended to ensure that the implementation of these choice screens is fair and allows efficient switching between different services.

For all three tech companies, the change should be free and prominent, including including it in the top-level menu. In other words, users should be able to switch services at any time, not just at the onboarding stage.

Additionally, it should be the operating systems that periodically offer the screens of choice to users, for example following system updates that might affect the default settings.

Above all, DuckDuckGo, Ecosia and Qwant pointed out that the selected service should be applied to all access points. For example, on a smartphone, there are several ways to carry out a search, via the search bar of the widget, the web browser or the virtual assistant.

All three companies started out as search engines, but have now developed their own web browsers. Therefore, they are asking for “functional eligibility criteria”, namely that the only reason to be included in the choice screen process is the functional capability of the application.

For businesses, changes to the default settings should happen all at once for different access points. In particular, if the same service provider offers both a web browser and a search engine, the user should be able to switch to both services with a single click.

The list of options available on the choice screen should be based on the choices the user expects, the letter continues. This means that it should reflect the reality of the market with the services with the highest market shares displayed at the top, the least popular at the bottom, and the members of both groups should be displayed in random order.

The DMA also states that users should be able to remove pre-installed applications except “when such software applications are essential to the operation of the operating system or device.”

EU lawmakers adopted their version of the Digital Markets Act (DMA) in a plenary vote on Wednesday 15 December, formalizing their mandate to start inter-institutional negotiations on this key piece of digital legislation with the Council European and the Commission.

The open letter warns that custodians should not be allowed to abuse this provision by giving search engines and browsing apps “system” status. Additionally, they request that a choice screen appear whenever one of these default apps is uninstalled.

Additionally, companies are asking for a transparent dashboard where participating departments can see the performance of choice screens on a daily basis, including analytics on user behavior.

The European Commission will be able to adapt the obligations of the DMA to the reality of specific services on the basis of the so-called regulatory dialogue.

This dialogue is also supposed to involve consumer representatives and competitors, so these principles could be integrated into the operation of choice screens.

The O’Toole Chronicles: Those Life-Changing Moments

58% of Americans have hybrid work options, but challenges remain