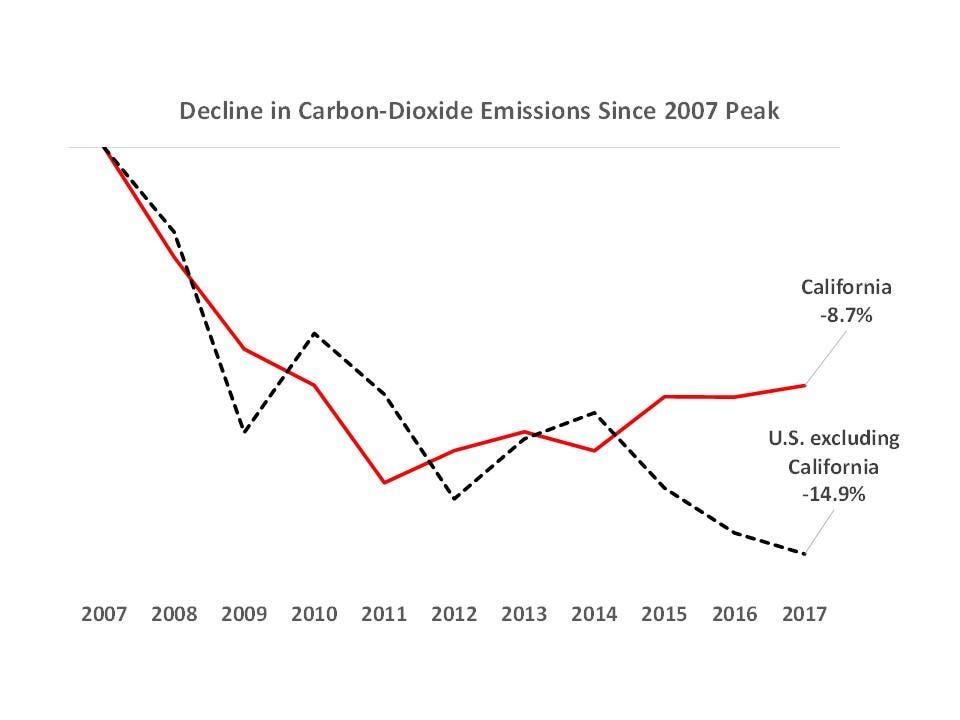 California politics connects all of these baffling trends.

The intent of the California approach is to improve the environment and create a low-cost, low-emission energy infrastructure for the state. In practice, these policies create preventable problems (eg progressive blackouts) or fail to fulfill their basic responsibilities (eg manage forests effectively to avoid uncontrolled forest fires).

Starting with forest fires, Michael Shellenberger provides a important point of view in its 24 auguste Forbes room. As he notes, “climate change is happening and playing a role in warmer temperatures and heat waves.” But that doesn’t mean climate change is the driving factor behind this year’s wildfires. Instead, as Shellenberger documents, poor forest management practices are the determining factors.

Uncontrollable forest fires can be brought under control through better forest management techniques. To this end, the LHC report called on “the state to make greater use of prescribed burning to invigorate forests, inhibit firestorms and help protect air and water quality. At the heart of these efforts must be a statewide public education campaign to help Californians understand why healthy forests are important to them and to build buy-in for much-needed forest treatments. ”

Worse, California’s decline in emissions has stagnated since 2011, even though nationwide carbon dioxide emissions have continued their downward trend. The timing of the decline in state progress is no coincidence. As of January 2012, California shut down the San Onofre nuclear power plant. Therefore, California’s climate policies have simply replaced reliable low-emission technology (eg nuclear power) with less reliable low-emission technologies (eg solar and wind power).

From an emissions standpoint, swapping one low-emission source for another is wasteful, but from a social welfare standpoint, the impacts on California residents have been troubling.

Heat waves hit California. While global climate change is linked to the intensification of these heat waves, the confluence of state policies makes these events more difficult for millions of families, both directly and indirectly.

Directly, California’s energy grid is now too dependent on less reliable sources of solar and wind power that the Energy Information Administration (EIA) classifies as non-routable sources of electricity. By definition non-routable, wind and solar power sources cannot automatically increase their energy production in response to peaks in demand, such as increased electricity requirements in response to heat waves.

Indirectly, California’s energy policies require energy providers to invest their scarce resources in politicians’ favorite projects, preventing companies from funding other, arguably more valuable investments. These investment resources should have been devoted to improving energy infrastructure, which would have made it possible to alleviate current energy shortages. Another high value lost investment opportunity would have supported better vegetation management programs and fire mitigation technologies that would help better manage the risk of wildfire outbreaks. The loss of these investments has, therefore, exacerbated the problems of power outages and forest fires.

As if these problems weren’t enough, these inefficient policies are also causing Californians to pay a premium for their electricity. According to EIA, retail electricity prices are 57% higher in California compared to the US average. Regular gasoline prices, based on AAA, are 47% more expensive. California’s high prices contribute to the affordability problem plaguing the state and explain why California, home to Silicon Valley and a global financial center, also has the highest poverty rate from any state in the country.

Nobel laureate in economics Milton Friedman advised that policies should be evaluated by their results, not their intentions. Judged by this criterion, California’s climate change policies fail. Policies fail to effectively manage the risk of wildfires, fail to reduce emissions faster than the nation as a whole, and cause unaffordable power and power outages. These results are not inevitable. However, they will be if state leaders do not learn the right lessons from today’s challenges.