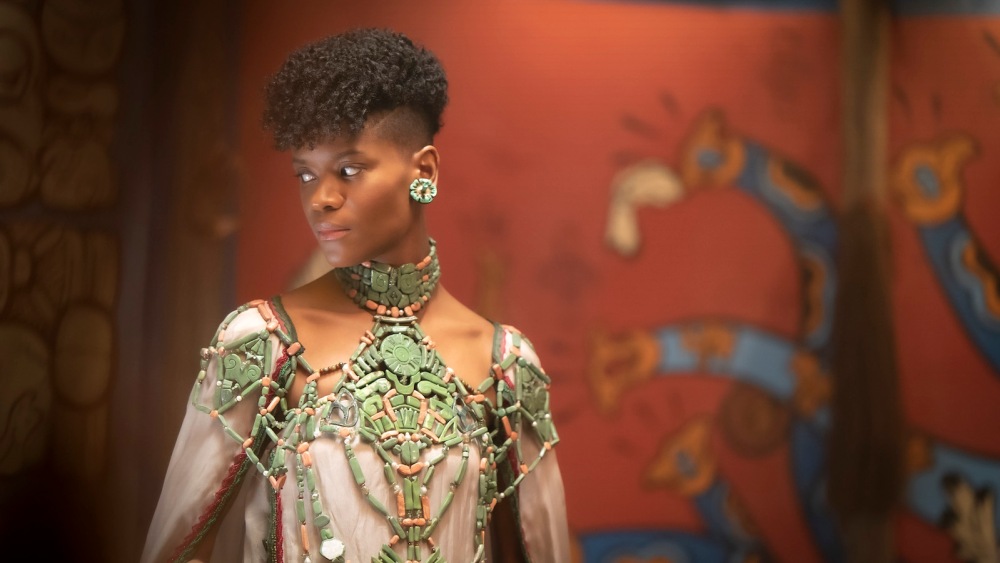 At San Diego Comic-Con in July, marvel studios chief Kevin Feige took the Hall H stage and delineated for the first time the grand plan of the multiverse saga – including that “Black Panther: Wakanda Forever,” which opened this weekend, would mark the conclusion of Phase 4 of the Marvel Cinematic Universe. This designation, however, is more symbolic than literal.

“Wakanda Forever” is undoubtedly an extraordinary event, serving as a poignant farewell to both the franchise’s late star, Chadwick Boseman, and the moving hero he played, King T’Challa. But in the context of the Marvel Cinematic Universe, the film doesn’t really conclude anything. Unlike 2012’s “The Avengers” (the conclusion of Phase 1) and “Avengers: Age of Ultron” (the conclusion of Phase 2), Ryan Coogler’s film doesn’t pull together different strands of storytelling from previous MCU films in a climatic team adventure, nor does it set the stage for the bigger story yet to unfold.

Yes, Julia Louis-Dreyfus continues her itinerant run as a mysterious government agent Valentina Allegra de Fontaine, who has apparently been promoted to director of the CIA. But even as Wakanda mourns the loss of T’Challa, no other MCU superheroes make an appearance – not Sam Wilson or Bucky Barnes, not Doctor Strange or Clint Barton, not Thor or Valkyrie or Bruce Banner, all of whom have played major roles in Phase 4.

Instead, “Wakanda Forever” does what almost every other streaming movie and series did in phase 4: Rather than weaving a tapestry of cohesive storytelling, the film pursues its own individual narrative while sprouting all-new branches into the increasingly unwieldy MCU multiverse. Even the post-credits scenes moved away from the teases of future MCU movies and instead created new characters in each individual franchise, which is how we get Harry Styles, Charlize Theron and Brett Goldstein appearing for two seconds as major MCU characters but no MCU titles to call home. (More on that in a moment.)

In the film itself, “Wakanda Forever” features the superpowered Namor (Tenoch Huerta Mejía) and the secret undersea kingdom of Talokan as the only civilization on Earth other than Wakanda to benefit from the wonders of vibranium. This reality puts the realms in violent opposition until Namor and Wakanda’s new Black Panther, Shuri (Letitia Wright), declares a truce. At the end of the film, Namor predicts that the rest of the world’s lust for Wakanda’s vibranium will force the country to turn to Talokan as an ally – which sounds a lot more like a setup for “Black Panther 3” than it does. everything to do with the greatest multiverse saga.

Likewise, newest character Riri Williams (Dominique Thorne) begins a storyline in “Wakanda Forever” that will continue next year on the Disney+ series “Ironheart,” which Coogler’s Proximity Media is producing with Marvel Studios.

Both Namor and Riri are fabulous additions to the MCU, as are the charismatic actors who portray them, and there’s every reason to expect they could play a part in future films beyond the franchise. “Black Panther” – but how they might feature in the Saga Multiverse itself remains unclear. (Also, if anyone in “Wakanda Forever” were to mention the gargantuan marble statue of a planet-sized Celestial suddenly appearing in the Indian Ocean – i.e. the height of the 2021’s “Eternals” – you’d think it would be Namor. But, alas, he doesn’t, and neither does anyone else. The cosmic gaslighting continues!)

And then there’s the movie’s mid-credits scene, which is so sublime and moving that I’m going to warn all readers who haven’t seen “Wakanda Forever” to wait until you’ve seen the movie to continue with this room. Really: it can wait!

OK: After spending the film avoiding his grief for his brother, the film ends with Shuri’s trip to Haiti and the seaside home of T’Challa’s beloved, Nakia (Lupita Nyong’o) . Shuri sits by the water, burns her funeral clothes as per Wakanda custom, and finally mourns T’Challa. However, after the movie’s main credits play, the movie cuts right back to Shuri on that beach. Nakia approaches, with a young boy of around 5 years old holding her hand. Nakia introduces him as her son, Toussaint, the namesake of Toussaint Louverture, the former slave who led the Haitian Revolution of the late 18th century. Then Toussaint tells Shuri his name Wakandan, which he shares with his father: T’Challa.

It’s a stunning moment of sweet grace that the MCU has rarely had room for. The scene also suggests further complications for “Black Panther 3,” given the somewhat confusing way “Wakanda Forever” ends with M’Baku (Winston Duke) playing for the throne, seemingly with Shuri’s blessing. Astute MCU watchers may also note that this is another member of the future superheroes who have been a constant since the start of Phase 4: Billy Maximoff (Julian Hilliard) and Tommy Maximoff (Jett Klyne) on “WandaVision”, Eli Bradley (Elijah Richardson) on “The Falcon and the Winter Soldier”, Kid Loki (Jack Veal) on “Loki”, Kate Bishop (Hailee Steinfeld) on “Hawkeye”, America Chavez (Xochitl Gomez ) on “Doctor Strange in the Multiverse of Madness,” Kamala Khan (Iman Vellani) on “Ms. Marvel” and Love (India Hemsworth) on “Thor: Love and Thunder.”

Perhaps most tellingly, however, the “Wakanda Forever” post-credits scene ends Phase 4 with absolutely no indication of what lies ahead for Phase 5 or Phase 6: there is no equivalent of Thanos smiling over his shoulder or Nick Fury activating his captain. Marvel pager. Instead, it’s a quiet scene of a family beginning to mend their tattered emotional wounds with the promise of a new generation.