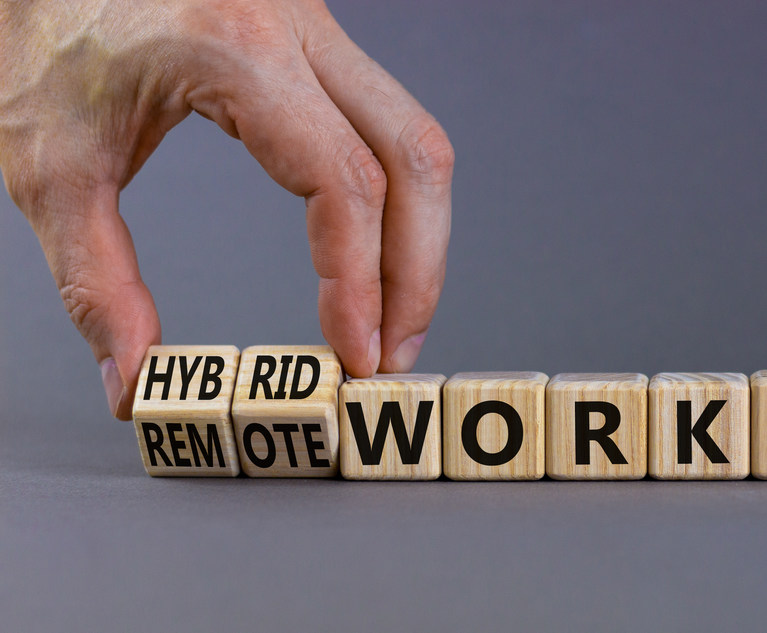 Do you want to reduce the number of employees in your law firm? Mandate 3 days or more of presence in the office

Throughout the pandemic, managing partners have affirmed the need to bring lawyers back into the office to mentor the next generation of lawyers and preserve their firm’s culture. With hybrid working policies taking effect, these executives are about to find out if lawyers value their firm’s culture and mentoring more than the ability to work from home.

If that sounds ominous, it should. Last week, the US attorney released a survey asking Big Law lawyers to describe their firm’s back-to-office policy and to think about what they think about it. We also asked what could be improved and how these policies may affect lawyers’ willingness to change firms. We ultimately garnered 350 responses after our journalists and industry thought leaders shared it on their social media.

A White & Case associate summed up the prevailing mood: “If they try to get me back into the office[,] I will go 100%.

With 65 companies represented in our survey, approximately 60% of respondents said their company requires three days a week of office work. A strong majority of these lawyers indicated that they wanted more flexibility from their firms, with an even split between lawyers who wanted full remote work and those who would be comfortable with one to two days a week. mandatory attendance week. Most of the lawyers who said they were already talking to recruiters from more flexible firms were from the three-day group.

About 23% of lawyers said their firm requires one to two days a week in the office, and the vast majority of those lawyers said they were satisfied with their firm’s policy. Some still wanted full remote work, but⁠ – unlike the three-day cohort – these attorneys widely said they would only consider resigning if this policy was changed to require more attendance.

About 12% of respondents said their firm had no attendance requirements, although some lawyers said they felt obligated to show up regularly anyway. At Greenberg Traurig, a firm where attendance decisions are left to practice leaders, several respondents described their attendance requirements as a mystery. “It’s hard to complain when I’m 90% WFH because no one said anything,” an associate wrote. Another said he wanted more clarity, wanting a coordinated day or two of attendance “without the guilt trip”.

Several Sullivan & Cromwell respondents, who declined to comment on its policy, said they felt pressured by senior partners to come to the office. “Participation is strongly encouraged and all messaging from senior management partners is about the importance of being in the office as often as possible, but there is no rule on how many days you need to attend. be in the office,” an associate said. mentioned.

Companies that have clearly laid out their fully flexible policies, such as Gibson, Dunn & Crutcher and Quinn Emanuel Urquhart & Sullivan, have mostly received high marks from their lawyers.

Officially, no company in our survey confirmed asking for more than three days of presence, but eight respondents said it was formal or implicit local policy or practice. The majority of these respondents wanted more flexibility, either full distance or three-day mandatory attendance.

What culture are we returning to?

Several associates have stated that the justification for these policies seemed rooted in the nostalgic ideals of the partners of what a law firm should be.

“If I just walk in so a partner can see me from a distance and doesn’t even care because they don’t know what I look like, and I really can’t walk into someone’s office (everyone has changed a bit post-COVID so walking into someone’s office is awkward), and I spend time commuting, it doesn’t add up,” a Simpson Thacher & Bartlett associate said. .

A Cooley associate wanted the company’s policy to be flexible and without expectations when it came to time spent in the office. Cooley’s stated policy does not include attendance warrants for attorneys, but two of four attorneys who identified themselves as associates of Cooley said they sensed an unstated expectation of two to three days of attendance. (A spokesperson for Cooley did not respond to a request for information on the details of his policy.) “Lawyers at different stages of life (young children) cannot be [as excited] about returning to the office as boomer partners,” the associate said.

And a handful of attorneys have viewed the back-to-work policies as an affront, given the number of hours they’ve billed for their firms. Rather than bringing lawyers back to a culture of collaboration, they felt a culture of disrespect.

“Personally, I prefer to work in the office, so [a policy change] probably wouldn’t influence me,” said an associate of Ogletree, Deakins, Nash, Smoak & Stewart. “But I think it contributes to an overall culture that doesn’t respect employees.” A Locke Lord associate echoed the sentiment, asking “Why do we have a weekly minimum [attendance requirement] when we charged more hours than ever working from home due to COVID? »

More than two-thirds of our respondents said they wanted their company’s policies to be more flexible. By comparison, five attorneys said they felt their firm’s policies were too flexible, resulting in empty offices and lost collaboration opportunities.

Of the lawyers who said they were willing to quit because of an attendance policy, most drew the line at a hypothetical five-day return to the office. “I wouldn’t move to a company with a strict policy,” said a Latham & Watkins associate, who said the company needed two to three office days. “If I can be trusted to bill more than 2,600 hours a year, I can be trusted to work from home.” (Latham & Watkins did not confirm its policy on time.)

However, around a third of lawyers facing three-day attendance warrants – and some lawyers with more flexibility than that – said they were exploring options for more flexibility.

At Morgan, Lewis & Bockius, where attendance is mandatory on Wednesdays with an additional one to two days of weekly attendance encouraged, a mid-level associate said they were already considering other companies with a more flexible work-from-home policy . And a Dentons associate who said associates had to come three days a week said they “would go to any company that wanted to fit in with their time”. (A Dentons spokesperson said the company is still finalizing its policy.)

Some lawyers indicated that the policies had already been considered in lateral decisions. A recent Morrison & Foerster hire said she did not go to Paul, Weiss, Rifkind, Wharton & Garrison due to that firm’s three-day attendance policy, while McDermott Will & Emery and King & Spalding apparently recruited attorneys based on their hybrid policies.

The application will be decisive

A number of lawyers from firms such as Milbank, Cleary Gottlieb Steen & Hamilton, White & Case, Reed Smith and Covington & Burling said their decision to stay with their firm depended on whether the firm applied a policy of existing presence.

In an email, a spokesperson for White & Case said the firm’s lawyers were expected to spend around 60% of their time in the office, while the ‘I’ll leave 100%’ partner said the effective policy was entirely remote. Another White & Case associate would consider moving to another firm with a more flexible policy, “assuming that means [White & Case] actually monitors attendance.

At Reed Smith, several partners said the firm’s three-day attendance policy was not enforced, although some lawyers felt compelled to follow it. “No one comes into the office regularly except the juniors who feel helpless to do anything else,” said a mid-level associate.

Another associate saw no need to return to an office where, before the pandemic, he mainly worked with the door closed.