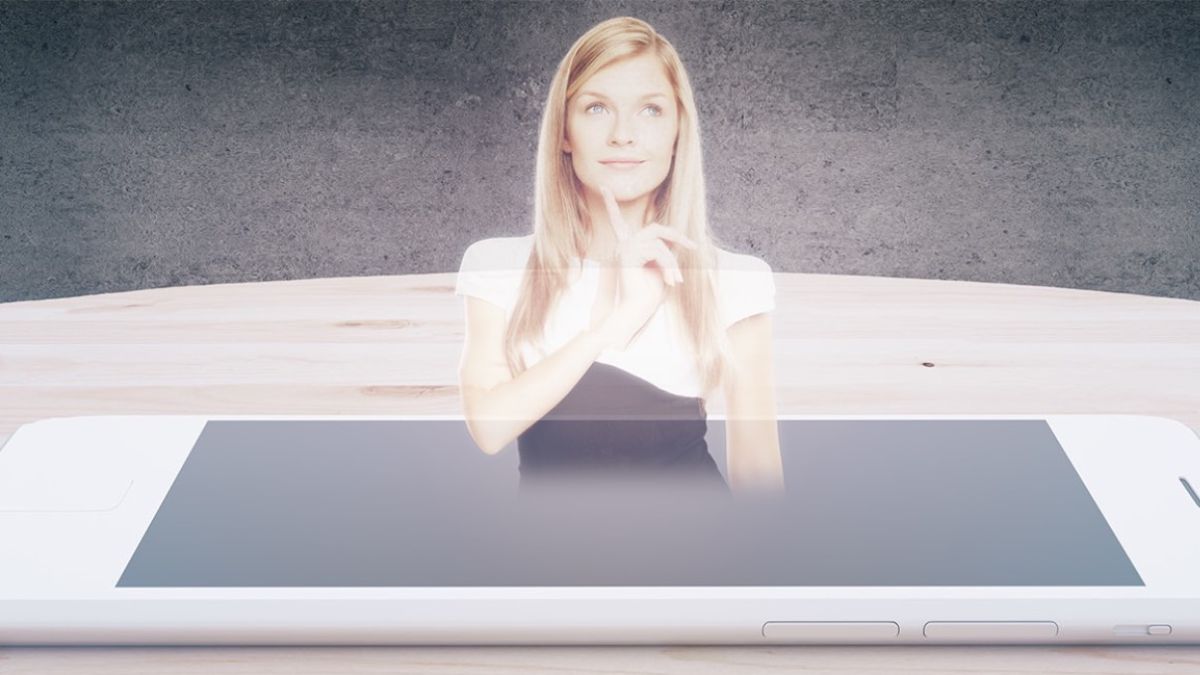 Digital Humans for Rent: What is DHaaS, holographic assistants for mobiles

In Star Wars Episode 1 – released in 1999 – the separatist forces and royalty of the planet Naboo had communicators who showed a holographic image of the person – or some strange alien creature – with whom they were speaking. 22 years later, already at the time when the Smartphone brought us closer to this future that the cinema has sold us for decades, we can aspire to have something like this, but in an assistant format.

Imagine that when you wake up Siri or the Google Assistant, the same thing happens to you as Master Chief in the HALO game series: you get the virtual assistant Cortana – not the Windows one that inspired it – in holographic format. . Well, that’s pretty much what Japanese companies KDDI and Mawari promise us.

Mawari, Inc. has pioneered the creation of cloud streaming and rendering technologies for interactive XR experiences since 2018. KDDI Corporation provides smartphones, cell phones, and other mobile communication services, as well as services of fixed telephony. Both signed an agreement and announced a DHaaS (Digital Human as a Service), a digital human being for rent and use which will debut in December 2021 and take advantage of the ultra-low latencies afforded by Amazon Web Services’ AWS Wavelength technology – yes, just the ones that caused yesterday’s global crash.

This proof of concept introduces youn multilingual human digital guide offering interior and exterior guidance services in Ginza, Tokyo, all with AWS Wavelength and KDDI’s 5G network at. For example, users can enjoy easy navigation from the subway to a mall, and upon entering, navigate to specific stores and find special offers.

Your mobile assistant but in hologram

The system’s outdoor navigation capabilities use Sturfee’s Visual Positioning System (VPS), based on high-definition satellite imagery, while the indoor navigation uses Immersal’s VPS, based on maps made with pre-imagery. digitized spaces. interiors. By moving from the outside to the inside, the system makes a smooth transition that provides a seamless user experience.

Is about create a virtual assistant that you can â€œseeâ€ through your smartphone window in augmented reality, one that can automatically appear to give you directions and interact if you point your phone at a location in the real world. If you watch the video for this news, you can see that it isn’t much more advanced than, say, PokÃ©mon Go.

But behind the scenes, partners claim that KDDI’s 5G network, Amazon’s low-latency AWS Wavelength edge compute nodes, and Mawari’s own codec they combine to deliver ‘digital humans’ to your phone in real time, rather than running natively on your phone’s chip.

In addition, in mid-December it will be available on AWS Marketplace a demo of the Human-Digital Guide, which will showcase Mawari’s patent-pending 3DXR content streaming platform for the Metaverse. This is the first of many services to run on Mawari’s 3DXR content streaming platform, and the partners are planning the implementation by third parties of these capabilities worldwide in places that include sports facilities, universities, hospitals, tourist destinations, museums and educational centers.

According to Mawari officials, â€œOur team is very proud to be part of this collaboration between cutting-edge partners. Over the past 3 years, Mawari has worked closely with KDDI – one of Japan’s most visionary companies – to launch award-winning consumer-oriented AR streaming facilities in the arts, advertising and retail industries. by retail. These projects have been fundamental to the development and provision of the appropriate technical and aesthetic capabilities to develop and deliver our CODEC and platform contributions to this project â€.

What do you think of all this? Would you like to have a holographic representation of Siri or Cortana â€œcoming outâ€ of mobile to help you interact with you and the world around us?

Disclaimer: This article is generated from the feed and not edited by our team.

7 remote jobs in Ottawa that will net you up to $ 90,000 without much experience