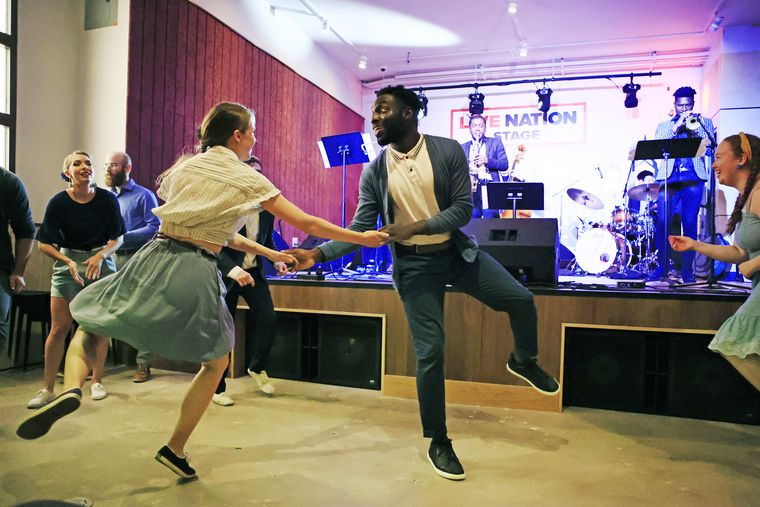 Joshua Lee, an accomplished jazz saxophonist from South Philadelphia, decided to change that – with a seven-piece band and a $ 2,000 grant from the Black Music City Project.

On Saturday – Juneteenth – at REC Philly, the coworking space for Philly creatives, Lee’s band performed a new arrangement based on one of Fairfax’s lead sheets – essentially the melody and chord changes. – which he obtained from the son of the late musician.

“It’s something we did not learn at school. And I went to school for music, â€Lee, 26, a Temple University graduate, said of Fairfax. Lee said Fairfax is sometimes overlooked in Philadelphia jazz history because he hasn’t recorded music, believing it will make him obsolete.

â€œOne of the greatest jazz stars of all time, Dizzy Gillespie, performed in his band in Philly before he rose to fame,â€ Lee said.

Lee, who tours with the Count Basie Orchestra, is part of 23 scholarship artists ranging from $ 1,000 to $ 3,500 to create a new work that recognizes or draws on the history of black Philly music.

Black Music City is a collaboration between radio stations WXPN and WRTI and REC Philly, with $ 48,000 in funding provided by the Wyncote Foundation, Tito’s Vodka and Philadelphia residents Dan and Marilyn Hauser.

Several artists performed or exhibited their work at the event broadcast live at Fashion District, which took place during Black Music Appreciation Month and the day that was established last week as a federal holiday commemorating the emancipation of slaves.

Bill Johnson, chief executive of WRTI, received rave reviews when he mentioned that the event coincided with Juneteenth, describing music as “a defining part of the experience of black Americans.”

Roger LaMay, chief executive of WXPN, said the grants program was badly needed to stimulate black artists in the region and connect them to a wider audience.

â€œThe arts and artists, it is a known fact, are underfunded in this region,â€ said LaMay. â€œIn particular, black artists do not have access to funding in this region.

LaMay said he was floored by the talent pool. More than 600 people applied for the grants.

â€œWhen we got to the last 23, we literally – we were on Zoom – we looked and thought, ‘Oh my God, this is amazing’, the quality and caliber of the people receiving these subsidies. â€he said.

Other artists whose work was featured on Saturday included Aniyah Munroe, whose “Before Me” images honored Philadelphia musicians such as Marian Anderson in an Afrofuturist landscape, and Erin Dillard, aka Emospacebird, who created a song and song. video paying homage to Sister Rosetta Tharpe.

They also received some practical advice through a taped interview with Kenny Gamble. He warned that the music industry can be difficult to break into, but urged them to keep pushing.

“They used to say, ‘Kenny, you’re not gonna make it, man,'” said Gamble, who, along with Leon Huff and their Philadelphia International Records, is credited with creating the Philadelphia soul music genre. , known as the “Sound of Philadelphia”. “

Later, Gamble added, â€œSometimes it can bring you down when people say you won’t. You have to stick to it. â€¦ You do your best and keep driving. Nothing is promised to you in this matter. You just have to go on and be yourself and follow your own dreams.

Animah Danquah, a West Philadelphia grant recipient, has created a series of photographs in recognizable locations across the city, including FDR Park, which references artists such as Teddy Pendergrass, Eve and Lil Uzi Vert.

â€œI think it’s important not only to honor the musicians of the past, but also to consider the people who are now producing sounds inspired by the past,â€ Danquah said.

She said the outside funding through Black Music City was helpful and hoped it would continue.

â€œAs a creative we are often in positions where we do things for ‘exposure’ or to meet others,â€ Danquah said, â€œbut to be able to do what you love, to receive the money for that and then to pay forward to other people is something I want to do more.

â€œWe’re here to support artists in their efforts to make money doing what they love,â€ Hernandez told the audience. “No more starving artist.”