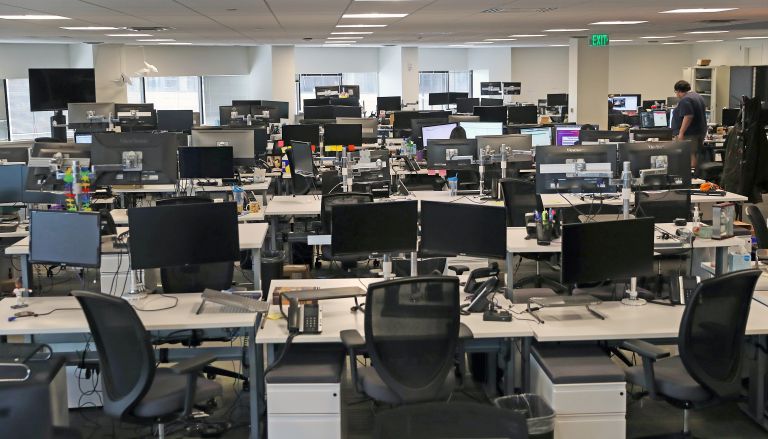 18% of employees would quit instead of coming to the office full-time: survey – Business Observer

Nearly one in five employees said they would quit their job if forced to return to the office full-time, according to a new survey from a human resources provider trailing.

About 18% of the 2,000 workers surveyed said they would “look for a new job if their employer forced them to return to work on site”, and a further 36% said they would try to negotiate flexible working conditions, according to Traliant. The vast majority, 82%, said hybrid and remote work options had improved their work-life balance.

The data, which was collected by an analytics company Helix, includes responses from employees across the United States working onsite or out of the office. This comes after many companies reduced their office space. Facebook and instagram owner Meta said he planned to spend $3 billion to reduce its worldwide office footprint and office leasing in Manhattan fell 40 percent month after month from September to October. Despite workers’ preference for home offices, the number of fully remote jobs has declined in recent months.

But returning to the office isn’t the only company policy that employees resent. More than half – 54% – of respondents said they wanted to leave their current company for one aligned with their views on environmental, social and governance (ESG) issues, Traliant found. And 48% said they would like to be more involved in opportunities to make real change, especially around their employer’s ESG commitments.

A third of employees said they wanted their company to speak out more on social, political or environmental issues.

Forty-six percent of workers aged 25 to 34 said a company’s commitment to ESG issues was very important to them, and 57 percent of employees aged 35 to 44 agreed.

“One of the lessons from the survey is that HR managers now have a seat in senior management table, they should lead the charge by asking employees what they need to succeed, and then develop an action plan that works for employees and the company,” said Maggie Smith, vice president of human resources at Traliant, in a statement. “If you’re not listening to employees and willing to adapt, good talent will go elsewhere. Employees want to be involved and it is essential to keep them informed.

Rebecca Baird-Remba can be reached at [email protected].